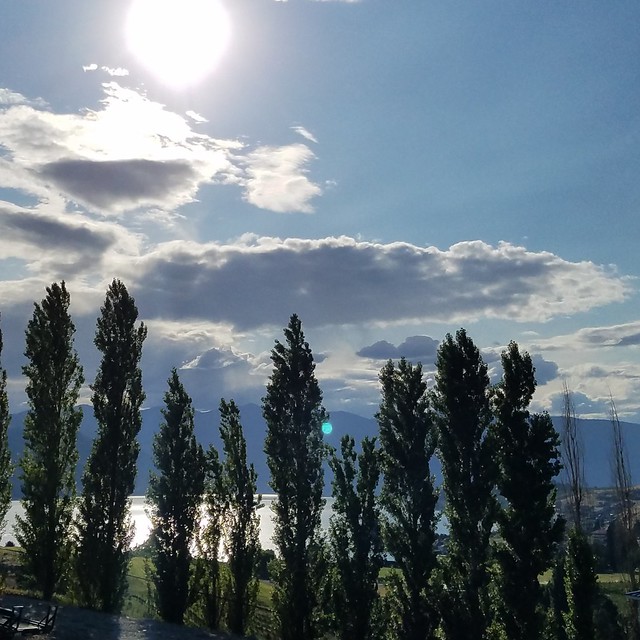 Still working on a run of earthly delights in homage to Ross Gay’s Book of Delights which has now been returned to the library. Today I am delighting in clouds while vacationing with family on Lake Chelan in eastern Washington. Perhaps because it is in the shadow of the Cascade Mountains which are delightful in themselves, the clouds here are wonderful. There are lenticular ones, streaky ones, wispy ones that are all set off wonderfully against a bright blue sky or turn streaks of red, purple and other bruise colors during sunsets over the mountains. There seems to be a constant variety and it is quite a contrast to the sometimes louring skies over Seattle which is only a couple of hundred miles west of here. Chelan can be blazing hot in the summer but right now is in the comfortable 70’s, cooler at night. 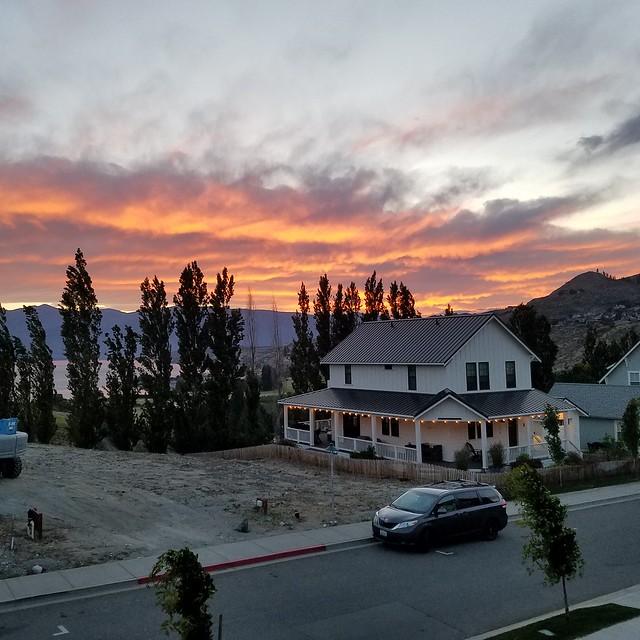 I couldn’t resist looking up cloud names just now. While flying in to Seattle the other day, I spotted a line of anvil shaped clouds and remembered vaguely they were associated with storms. Anvil clouds are scientifically known as cumulonimbus incus and is connected with thunderstorms. The clouds I saw towered over the thinner cloud cover underneath them and just had to be up to no good. 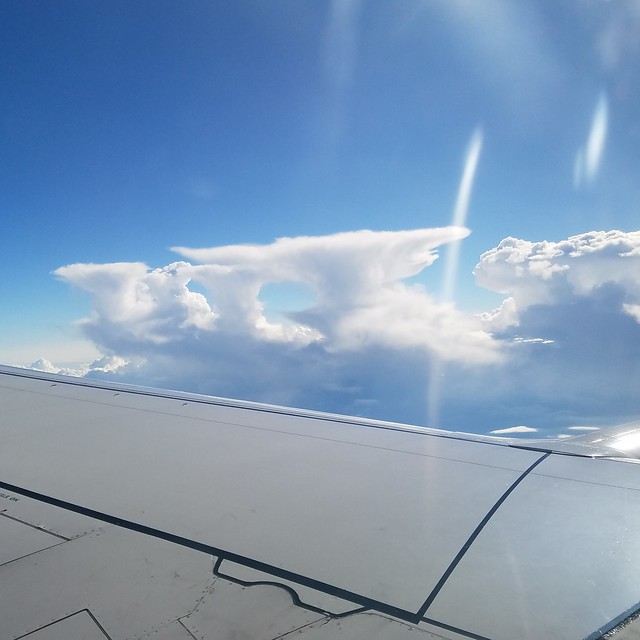 The wispy ones are cirrus, not to be confused as I was, with cirrhus which is apparently a band and is closer to cirrhosis which is a liver disease.
Anyhow, if there is an opportunity spend some time this summer cloud gazing. With some 16 hours of daylight here in Chelan, there is plenty of time for me to do so tonight. Here’s hoping for another red sunset.